There was almost no possibility of restoring the majority of the radiator. The cores were battered and brittle, the lower tank had been abused with various 'attempts' at repair, and the top was detached and twisted. It was decided that the dome and two sides would be retained, and the remainder built from scratch. First, making the new cores: 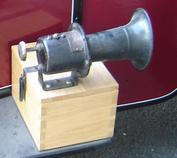 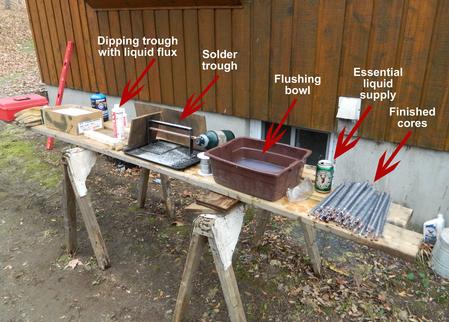 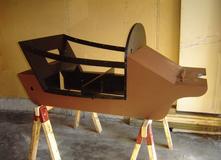 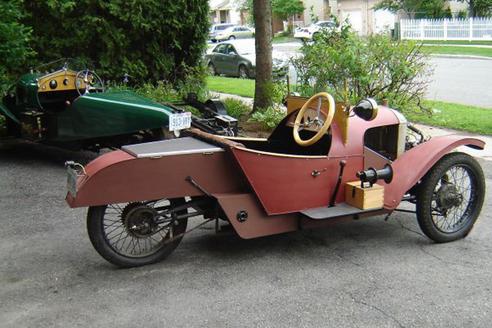 The car's new life began as a disassembled mass of parts. Everything was there except the body, seats and miscellaneous small fittings. 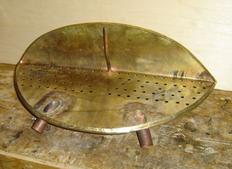 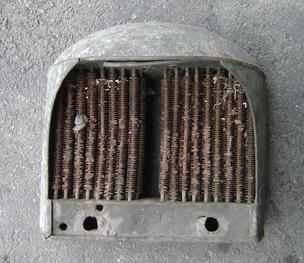 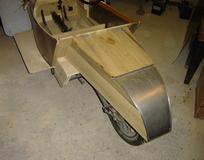 Finally, the Grand Prix is disassembled, brought up from the workshop, and reassembled. It is seen here in its primer, before hand-painting and finishing work. 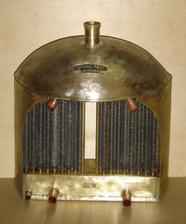 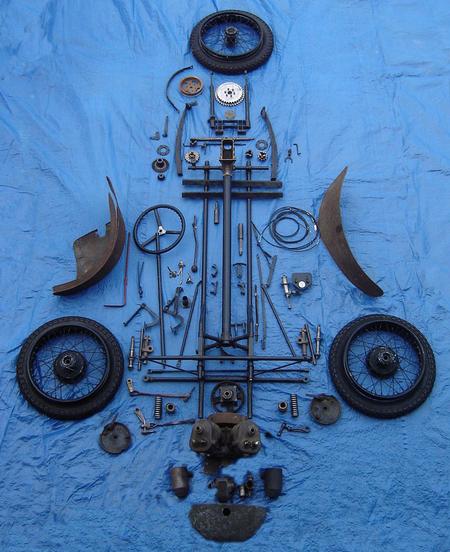 Out of the Workshop 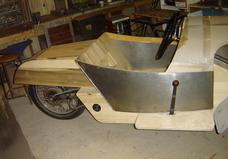 Tinplate cores are threaded onto 1/4" copper tubes, 70 to each tube. They are dipped in liquid flux, then dipped into molten solder in a propane-heated trough. The top and bottom tanks were made from 18g brass sheet:

The oil and petrol tanks were made separately, contrary to normal practice.

We owe a great debt of gratitude to all who helped us with information during the restoration. In particular, Stephen Clark who was free with details and dimensions of his very original Grand Prix. 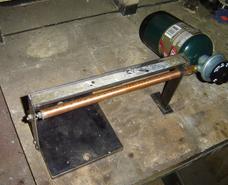 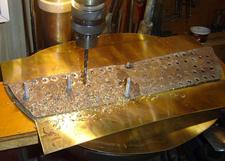 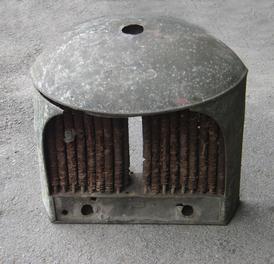 The body is made from poplar (American white wood) as per original specification. The Morgan Three Wheeler Club supplied drawings for these parts taken from original examples. Cardboard templates were formed over the wooden body (as seen in the scuttle above) and their dimensions transferred to 20g sheet steel. 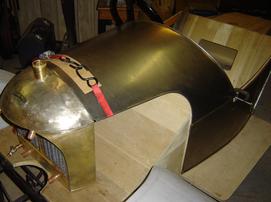